I’ve recently published a book, called ‘How To Become An Influencer’. It has more than 100 pages of models, tips and exercises to help you grow your influence. Go here if you would like to get it for free!

I’m The Influence Expert– an expert in the field of how to influence others and a social entrepreneur who cares deeply about the world and believes in the power of individuals to make a difference. I’m currently living the life of a digital nomad with my lovely wife Nisha and working on my business and social good projects.

A lot of my early career has been learning about the world and figuring out how I can have the biggest impact possible. I’ve had my share of failures and setbacks but I’ve always tried my best to keep moving forward and to remind myself how lucky I am to have the opportunity to make a difference in the world. I’ve had an eclectic career but the two ‘golden threads’ running through my work have been a belief in human potential and a curiosity to learn what really makes people tick and allows them to influence others. I want to help others have a bigger impact and one of my greatest professional pleasures is to introduce two people who are doing amazing work and then step out of the way.

In my career so far my roles have included being a teacher in Japan for two years, a political intern for the Shadow Secretary of State for Schools (I studied politics at Cambridge University), a private tutor- and I became the Chief Executive of a small but prominent national charity at the age of 30. On a voluntary basis I have been an active volunteer for many years: highlights have included being President of the Students’ Union at Emmanuel College, Cambridge; teaching on and helping run a teaching programme in Romania; representing programme participants to the Government in Japan; setting up a charitable organisation called Young Charity Trustees, being a Trustee of a North London charity and setting up an interview series called Social Good Six. You can find everything I am involved with on the ‘Social Good’ part of this site.

I won a National JCI TOYP (Ten Outstanding Young Persons) Award for Humanitarian and/or Voluntary Leadership, I have served as a judge for various awards in the charity sector. My blog was ranked as one of the top 150 nonprofit blogs in the world in 2014 (by Top Nonprofits) and has received quite a lot of attention– I also wrote a guide to blogging for Charity Chief Executives here. I was a Fellow of the RSA for a number of years and am currently a member of the ‘IOD 99’ (for young entrepreneurs) and member of the Institute of Directors. I’ve been described as a ‘Thought leader‘ in my field and was part of both the Acevo Governance Commission and a Review, led by Dame Mary Marsh and commissioned by the Government. The results of the Review and a comment from me about it can be found in this article.

To learn more about what I have done please look at my LinkedIn profile and link to me on there if you feel we have a common interest uk.linkedin.com/in/alexswallow/

Thank you very much for your interest in my work.

Here are some of my most popular blog posts:

‘Grow Your Influence To Increase Your Impact’

The Influence Expert is my new business and the culmination of everything I have learned so far in my life. For so long I have seen that what makes a difference for the level of impact that individuals and organisations have, is their level of influence. I have a lot of experience of growing my own level of influence and supporting others to grow theirs.

The website was launched at the end of February 2016 and can be found at www.theinfluenceexpert.com

Below is a video from me about how to grow your influence:

Plus, here is a popular piece I wrote for LinkedIn on the same subject

As mentioned above, my wife Nisha and I are trying life as digital nomads- you can find our website here: http://anomadcouple.com/  I wrote about our first steps here and we are on Twitter here. We run a rapidly growing group for digital nomads on LinkedIn if you want to get involved!

from this article in a leading charity sector publication.

‘If he is the future of the charity sector, then we are in good hands’

‘Few people spot the opportunity to create an organisation which brings a positive benefit to society and develops the skills of young people. Even fewer have the ability, patience and persistence to carry it out. Fewer still do this alongside a full on set of commitments in a range of other areas. Alex has not just done all of the above in founding Young Charity Trustees. He is an exemplary model of what Generation Y can achieve…. I look forward to seeing him make continue to make big waves’

‘Alex is a fantastic representative for small charities and his time at the Small Charities Coalition demonstrated this. He offers insight, honesty and clarity to the sector as well as excellent leadership skills’. 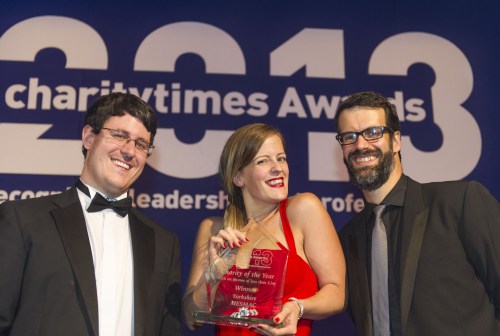 I am a big advocate of social media, particularly of the opportunity for social media to enhance social good. I have particular expertise regarding LinkedIn and Twitter. I was voted one of the Top 30 Social Sector CEOs on Social Media in 2013 and made a speech at the Awards event, while Give Local America listed me as one of the Top 100 Giving Influencers on Twitter.

This post about my passion for LinkedIn has been viewed more than 8000 times and was promoted by the Head of LinkedIn for Good and on LinkedIn’s official blog -while here I talk about the chance I had to be up in front of an audience with my non-profit social media hero.

Here are my social media accounts- it would be great to say hello:

In addition, you can find my YouTube channel here.

Here are some videos featuring me, from other people:

Speaking about board diversity at a charity conference in London

My podcasts can be found on my Soundcloud here.

Here are the podcasts of some other people that I have been featured on:

With the Charity Commission for England and Wales:

On the Not For Profit Podcast with Kim Whitaker

Articles about me and things I’ve been involved in-

About Resonate Connect, the organisation I headed up, from the Manchester Evening News

From a charity I visited to present an award

From a charity for Small Charity Week

From a social media website, with a mention for my blog

A Social Enterprise publication I was interviewed for

Comments from me alongside the Chief Executive of the Charity Commission, about supporting Trustee Development

A contribution to me to two reports by Actionaid, one on innovation and one on transparency. 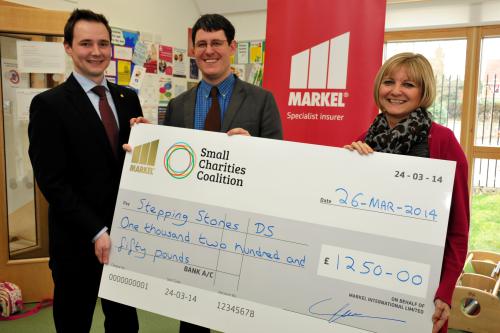 I have written a wide range of articles on LinkedIn

Here is my Journalisted profile

An article for the largest volunteering platform in the UK

About social media for charities

I have written a number of articles for the Guardian, including about my leadership journey and why the UK Charity Sector needs to take a more global approach

Selected interviews with me:

With Suit and Pie

Video interviews with me:

With the Royal Society of Arts

If you would like to interview me or book me you can see a downloadable bio here: