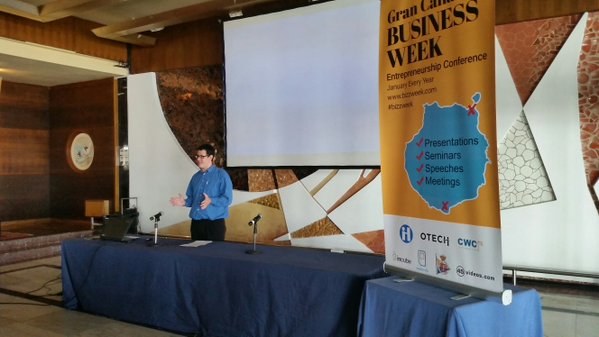 Last weekend I had the honour of making a speech on the final day of Gran Canaria Business Week.

If you would like to check out some of the associated social media activity, please take a look here.

There was an amazing lineup of speakers, including the President of what must be the world’s newest country, Liberland:

My own speech was called  ‘Do borders matter to social entrepreneurs? The experiences so far of a new digital nomad’.

The reasons I wanted to put forward for borders not mattering were:

They shouldn’t matter because most problems are universal- in two ways. Firstly, human beings are very similar all over the world and need similar support. Secondly, every country has people who are ill, people who need support and people who are marginalized.

They also shouldn’t matter because if we believe in a cause in one place why wouldn’t we believe in it somewhere else. For example I campaign about having more diverse charity Boards. Why would I care about that in the UK but not care about it in other countries?

Also, we owe it to the causes we care about and the people we want to support to get the best solutions and the latest learning from everywhere.

Being a digital nomad gives me the chance to learn from other cultures and I’m keen to learn from social entrepreneurs in the different places I travel to.

The reasons I wanted to put forward for why borders matter were:

There are some problems which need a local focus and the same lessons can’t always be applied everywhere. Also it is important to involve local people and understand local customs and situations.

Digital nomadism gives social entrepreneurs a chance to make borders less important and make more of a difference to the causes we care about.

What do you think, do borders matter for social entrepreneurs?