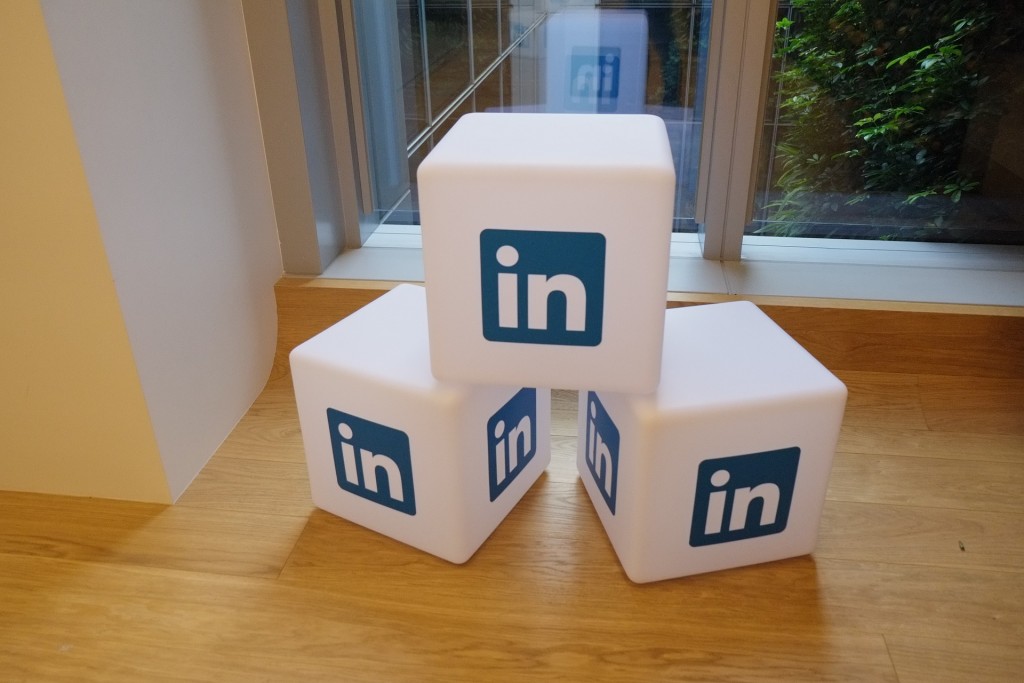 Today I went to an inspiring event for non-profit organisations organised by LinkedIn for Good, in London.

More on that in a minute, but first, as today really set me thinking, I want to explain about how LinkedIn has changed my life.

That might sound a bit dramatic to you- after all, my friends and family have been the biggest influence on who I am and what I’ve done. But in recent years, LinkedIn really has made a big difference for me.

A few years ago I was working for a small charity in central London, my first paid work in the sector. I was passionate about the mission of the charity, which involved supporting older people who were lonely and socially isolated. But, as is typical for many people who work in small charities, I felt that I wasn’t really part of the wider charity sector. I had few opportunities to network with other people in my area of specialism or to learn about the big world of charities out there (note: there is now the London Young Charity Professionals Group, which I am an Advisor for). This seemed in stark contrast to my time at University or my time spent teaching abroad, when the possibilities to make connections with people and learn new things seemed limitless. I have a naturally curious mind so I wanted an excuse to talk to lots of people.

At the time I had just started as a Trustee and despite loving my role, I noticed how few young people were Trustees. I set up a group on LinkedIn called ‘Young Charity Trustees’ just to see whether others were interested in the same issue. I wanted to see whether charities actually cared about their Boards being more diverse and whether young people saw the opportunity that Trusteeship represented, especially at a time of economic recession- when their other chances for development and their ability to get jobs was being eroded.Through the group I found that a great many people were indeed interested in this issue. As the group grew, my ability to spread my message and meet new people was constantly enhanced. I got involved via the Charity Commission to help organize the national Trustees’ Week; met up with the Minister for Civil Society to talk about young trustees; and with the help of a team of Ambassadors spoke at countless events on the issue- . Via a connection I made through my work with Young Charity Trustees, I heard about a job at the Small Charities Coalition and became its Chief Executive. LinkedIn continues to influence the things I do and the people I can reach out to. I got my present role because of a connection I made on LinkedIn and it expands my world every day.

I had had some contact with LinkedIn for Good via the brilliant Meg Garlinghouse, speaking to her about LinkedIn’s innovative initiatives around Board recruitment, but until today I had never met someone in person who worked for the company. When I found that the event was actually being held in their London office, I felt like a complete fanboy.

After being irrationally excited by seeing the LinkedIn logo everywhere- (Linkedin pens! LinkedIn USBs! Even LinkedIn paper napkins!) our first talk of the day was from Ariel Eckstein, LinkedIn’s MD for Europe, the Middle East and Africa, who inspired us about LinkedIn’s overall vision of a connected world and how it drives everything that they do.

The other sessions, co-ordinated by James McErlean, covered such topics like how to use LinkedIn to fundraise; how to beef up our profiles; how to recruit via LinkedIn; how to use Company pages and content in general effectively to spread knowledge about our work.

I was impressed by two main things

– Firstly, the vision that LinkedIn has for a connected world that can bring more opportunities for everyone. It is one thing having used LinkedIn for several years and seeing the difference it has made for me on a personal level. It is another to see the thought that is being put into how LinkedIn can be used more widely to help people in a way that we’ve never had the opportunity to do in history before.

– Secondly, the evident passion of the staff for what they do. They clearly cared about the company that they work for and I have seldom been to an event where the hosts tried so hard to network with us, put us at ease and help us out (there was a total of around 40 LinkedIn employees who either trained us or gave us some individual mentoring around our aims).

I work hard to try to use LinkedIn effectively but I picked up a lot of new things and hope to continue learning about it as it develops over time. I was particularly proud that after I asked a question from the floor, a fellow member of the audience came up to seek my advice for a LinkedIn-related issue.

If this post reads like an advert for LinkedIn, it really isn’t- I have no financial relationship with them whatsoever. But I am proud to tell you about the difference they’ve made for me, in my life- and I’ll always be grateful to them for that.