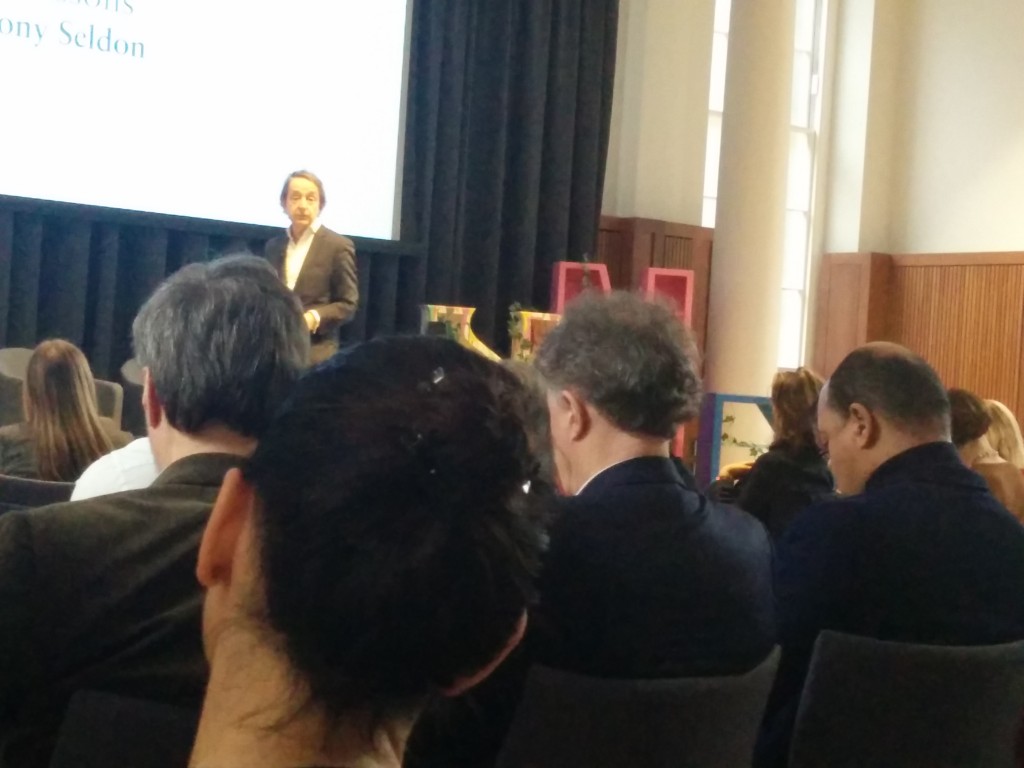 This week I attended an amazing two-day event in London, Names Not Numbers, brainchild of the brilliant Julia Hobsbawm, (I’ve known Julia since she kindly invited me to her inaugural lecture as the world’s first Professor of Networking, a subject I’m passionate about).

Names Not Numbers (NNN) is a brilliant series of events that expand the minds of the participants. It isn’t easy to sum up but if you watch the video at the bottom of this post it will give you much more of a flavour.

This was the first time that NNN has been held in London and the theme was ‘The True Human’. If you would like to follow the tweets look out for the hashtag #NNN16, which was trending for quite a long time.

The MC who introduced the first day was Oli Barrett – who is a master at his craft and has a great line in puns. The first day kicked off at King’s College, but in the course of the two days I was also able to visit the Institute of Directors, St. James’s Piccadilly, The Corinthia Hotel, The House of St Barnabas and the Condé Nast College of Fashion & Design.

Loving being at #nnn16 today! Here is @hobsbawmjulia introducing the day

As an additional treat, I don’t think I’ve ever been at an event featured in the Evening Standard before.

One of the particular highlights for me was listening to Dr Anthony Seldon, who gave a wide-ranging and yet tightly argued talk on the self, how authentic we are, mindfulness and other issues. Afterwards there was an open mic opportunity so I went up to the stage. I told Anthony that the last time I had heard him speak was when I was in VI Form and the school he was Headmaster of ran some training days via the Sutton Trust. I credit the training I received as one of the biggest reasons I got into Cambridge University- so Anthony’s generosity helped change my life.

An amazing installation- a boat used by refugees suspended from the roof of St James Piccadilly (the boat is supposed to hold 15 but more than 60 were crowded in). The church was being used as a venue for the first day of the brilliant #nnn16

The quality of the speakers was amazing. There are many too many to list, but as a selection: David Aaronovitch, Dr Dambisa Moyo, Octavius Black, Simon Minty, AA Gill, Jillian Edelstein, Alison Burns, Payal Vasudeva, William Sieghart.

The quality of the audience was just as inspiring. Looking across the room and seeing Charles Handy, or realizing that the man introducing himself on my table at lunch was James Woudhuysen- these are not things that happen to me every day! I met a really wide range of people- men and women, old and young, social entrepreneurs, finance experts, PR people, academics…..

I was particularly impressed to see that there were young people attending on a scholarship, indeed some of them had been to NNN multiple times. 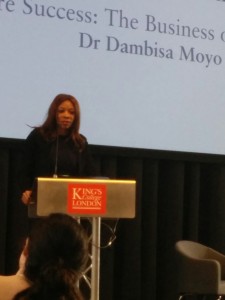 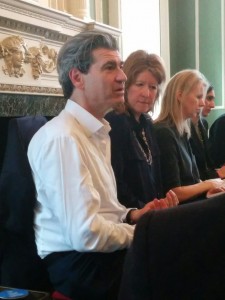 Octavius Black of The Mind Gym

As well as immensely enjoying the two days myself, it was great to see how much my fellow audience members were getting out of it. I told a couple of people that the learning I had acquired was so overwhelming that I would probably need a month (or more) to let it all filter properly into my brain.

Here’s an interesting blog from Matt Ballantine– one of the many people I had the pleasure of meeting at Names Not Numbers- who gives his response to a session about humans and digital.

The next NNN is in Oxford in June, details will appear on the site. If you are able to attend you should seize the opportunity!

Comment2 | Share | Tweet | Share | email
Categories: Influence, Personal Development
Disclosure of Material Connection: Some of the links in the post above are “affiliate links.” This means if you click on the link and purchase the item, I will receive an affiliate commission. Regardless, I only recommend products or services I use personally and believe will add value to my readers. I am disclosing this in accordance with the Federal Trade Commission’s 16 CFR, Part 255: “Guides Concerning the Use of Endorsements and Testimonials in Advertising.”

2 thoughts on “Names Not Numbers- The True Human And Me”