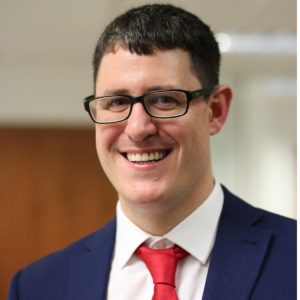 Charities affect the lives of millions of people every year- but are facing pressures and challenges as never before. In this environment, for charities to face the future with confidence, being able to bring good trustees onto their Boards is essential.

In a partnership between Getting on Board and Cause 4 we’re launching a campaign to promote good trustee recruitment and to find out some of the things that are holding charities back in this area.

Charity CEOs, chairs, trustees and other members of charity senior leadership teams are being asked to take a survey we’ve set up , before Friday 11th November. Initial results will be announced at the end of Trustees Week (7-13 November 2016) and in January, leading charity experts will take part in a round table discussing these issues ahead of the publication of a detailed report on trustee recruitment practices in the UK.

Despite the fact that 21% of British adults are interested in joining the board of a charity, there are currently an estimated 90,000 trustee vacancies nationally. This is partially down to poor recruitment practices on the part of charities; fewer than 8% of vacancies are advertised as charities choose to recruit form their own limited network of staff, volunteers and other personal connections.

The result is a lack of diversity on boards in terms of background, skills and viewpoints. For example, only 0.5% of people between the ages of 18 and 24 (12% of the UK’s adult population) are trustees. Through my work as the Founder of Young Charity Trustees, I’ve seen how young people are willing to step up to the plate but unsure how to get involved or about whether charities are really interested in engaging them. Other underrepresented groups include disabled people, those leaving the armed forces and ethnic minorities.

Charities also tend to recruit trustees from a limited number of industries such as accountancy, law and finance. While such skills remain vital, the sector needs an injection of fresh talent in “21stcentury” areas such as PR, social media and digital in order to ensure it is capitalising on new opportunities such as social enterprise and crowdfunding.

Other issues include charities’ general lack of confidence around recruitment and current Trustees not feeling that they are making a worthwhile contribution to their Boards- meaning that they are unable to act as effective advocates for potential Trustees.

Katherine Sparkes, CEO of Getting On Board says “At the moment, the charity sector is selling itself short when it comes to trustee recruitment. If we are to tap into a wider talent pool, charities need to change their practices to be more open, accessible, welcoming and professional – actively welcoming trustees who better reflect both the demographics of service users and beneficiaries and the UK population as a whole. Put simply, a good board is a diverse board – in terms of skills, background and age – and charities need to do more to attract the best talent.

“And trusteeship is not just about what trustees can do for the charity, but how charities can help individuals develop through their experiences as a trustee. Just as you would with other volunteers or paid staff, investing in Trustees will reap rewards. The research we are conducting will help inform our knowledge about the challenges charities are currently facing in recruitment, and what remedial steps those working in the sector ought to take.”

Michelle Wright, CEO of Cause 4 added: “Great governance can only happen with great trustees, and at the moment, the sector just isn’t doing enough to recruit the right people. This means that many charity boards aren’t operating as well as they should, meaning that they are not meeting their objectives in the most effective way.

“We hope that this survey goes some way towards discovering what is going wrong in the sector in this area, and what steps can be taken to address any issues.”

We know that there are lots of problems with the way many charities currently recruit trustees, but also that there are a great deal of positive examples out there too. We’d like to learn about both.

So, we need your help! Please fill in the survey, share it with others who you think would have a view- and please get in touch if you are interested in attending the roundtable.

You can follow and support the campaign using the hashtag #trusteerecruit – we look forward to working on this important issue with you in the build up to Trustees’ Week.