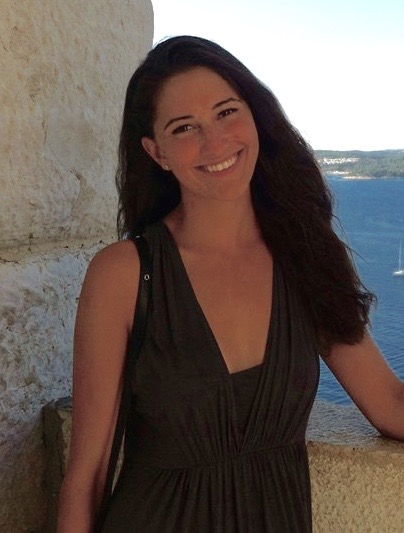 Marian graduated from the University of St Andrews where she studied Biochemistry, specializing in infectious diseases. At university she worked as a Childcare Practitioner for Fife Council, was Charitable Societies Coordinator to the university, and was involved with Childreach International, an NGO that works in six nations to provide children with access to healthcare, education, and child rights and protection. Within this charity, Marian participated in Expedition Everest, led Climb Kilimanjaro for Kids, and was founder and president of the society in her final year, being involved in fundraising over £100,000. As a team leader of Climb Kilimanjaro for Kids, she was awarded the People’s Choice Award and Fundraising Event of the Year. These direct experiences in the fields of health and social equity shaped her interest in global health and development. She now chairs Childreach International’s London Action Group and is currently on the Year Here Fellowship, a postgraduate programme designed to cultivate smart solutions to entrenched social problems.

I am a fellow of Year Here, a postgraduate programme in social entrepreneurship. In my spare time, I chair a London based Action Group to assist Childreach International in reaching their redevelopment goals in Nepal.

Hands down my biggest inspiration is the social entrepreneur, child rights activist, and fellow Canadian Craig Kielburger. At the age of 12, Craig read an article in the morning paper about a young Pakistani boy who was forced into bonded labour in a carpet factory at the age of four, and later escaped to become an international figurehead in the fight against child labour. Craig read that the boy was murdered at the age of 12 for speaking out. He then did more research about child labour and started a group with some of his pre-teen school peers called “Kids Can Free the Children”. This initiative born from the mind of a 12 year old boy became the international development charity Free The Children, which Craig has now run for 21 years.

I think the most important thing I took from his story, while seemingly simplistic, is the fact that anyone has the ability to make a contribution to any human rights issue, no matter how entrenched the problem may seem. It would have been too easy to assume Craig was too small to implement any change as a relatively privileged, young boy far removed from the problem. Passion or suitable outrage for a social injustice should be enough to shatter any insecurity about our personal abilities to contribute change.

The end to extreme poverty, and I believe this can be achieved during my lifetime. The world’s poorest nations are often wrongly portrayed as communities where the weight of disease and poverty is so heavy that it crushes all human potential and crowds out any chance of progress. That is simply not true. By almost any measure, the world is in a better place than it has ever been. People are living longer, healthier lives, and many nations that were once aid recipients are now self-sufficient. I believe that the recent advances in healthcare, farming, online education, and cell phones bringing mobile banking to the most remote areas will only add to this progress.

While the percentage of very poor people has dropped by more than half since 1990, there are still one billion people existing in extreme poverty. Admittedly, some countries will continue to be held back by war, politics, and geographical location, such as the landlocked countries of Central Africa. Despite this, “end poverty in all its forms everywhere” is the number one goal on the Sustainable Development Goals for 2030 recently published by the UN. I think we’re on our way to beating the cycle of poverty.

If I am lucky enough to be remembered, I’d like for being a person of kindness, resilience, and hopefully for having made some difference to improve some people’s life chances (that’s the goal at least!)

While it’s not a new idea, I’ve just recently discovered that the World Health Organisation puts out a call every year for anyone to submit ideas of innovative health technologies that have the potential to improve health outcomes or offer a solution to an unmet medical and healthcare need in less resourced settings. The resulting publication aims to raise awareness of the pressing need for appropriate human-centred design for those who do not have access to many health technologies, and to stimulate further technology development and dissemination.

The advances featured in the previous 2011-2014 publications include software such as the Doctor Assistant app to combat disorganized healthcare systems in low and middle income countries, and medical devices such as a cooling mat for neonates to combat Birth asphyxia.

We’re always looking for more volunteers to join Childreach International’s London Action Group. Our current project is to produce a fundraising event that highlights recent innovations in the fight against human trafficking. Please email me at marianshivji@gmail.com if you’d like to get involved! However, if you haven’t the time but do have the money to contribute to our cause, we would greatly appreciate any donations on the following link: https://mydonate.bt.com/fundraisers/londonactiongroup

If you’re more on the technical side however, I am currently developing an app to tackle the poverty premium as a part of the Year Here Social Venture Incubator and would appreciate any advice on the subject.