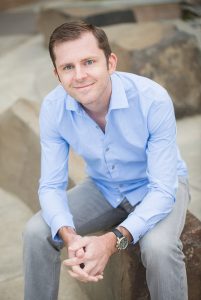 During a lifetime of self-employment that included a four-year commitment as a volunteer executive in West Africa, he visited every country in the world (193 in total) before his 35th birthday. Since then he has modeled the proven definition of an entrepreneur: “Someone who will work 24 hours a day for themselves to avoid working one hour a day for someone else.”

Chris’s first book, The Art of Non-Conformity, was translated into more than twenty languages. His second book, The $100 Startup, was a New York Times and Wall Street Journal bestseller, selling more than 500,000 copies worldwide. His third book, The Happiness of Pursuit, was published in September 2014 and was also a New York Times bestseller. His fourth book, Born for This, helps you find the work you were meant to do.

Every summer in Portland, Oregon, Chris hosts the World Domination Summit, a gathering of creative, remarkable people with thousands in attendance. Chris is also the founder of Pioneer Nation, Unconventional Guides, the Travel Hacking Cartel, and numerous other projects.

I’m a writer, traveler, and entrepreneur. My goal is to help people pursue a big dream of their own while also making the world a better place for others.

I have a wonderful community of interesting people all over the world. They inspire me more than any traditional leaders or celebrities, though I certainly respect many of those people as well.

More people asking why to everything.

Someone who learned to be both brave and kind, despite the long odds against both.

A national (U.S.) memorial to the victims of lynching, pioneered by Bryan Stevenson in Montgomery, Alabama.

ChrisGuillebeau.com, twitter.com/chrisguillebeau, or any airline lounge all over the world…