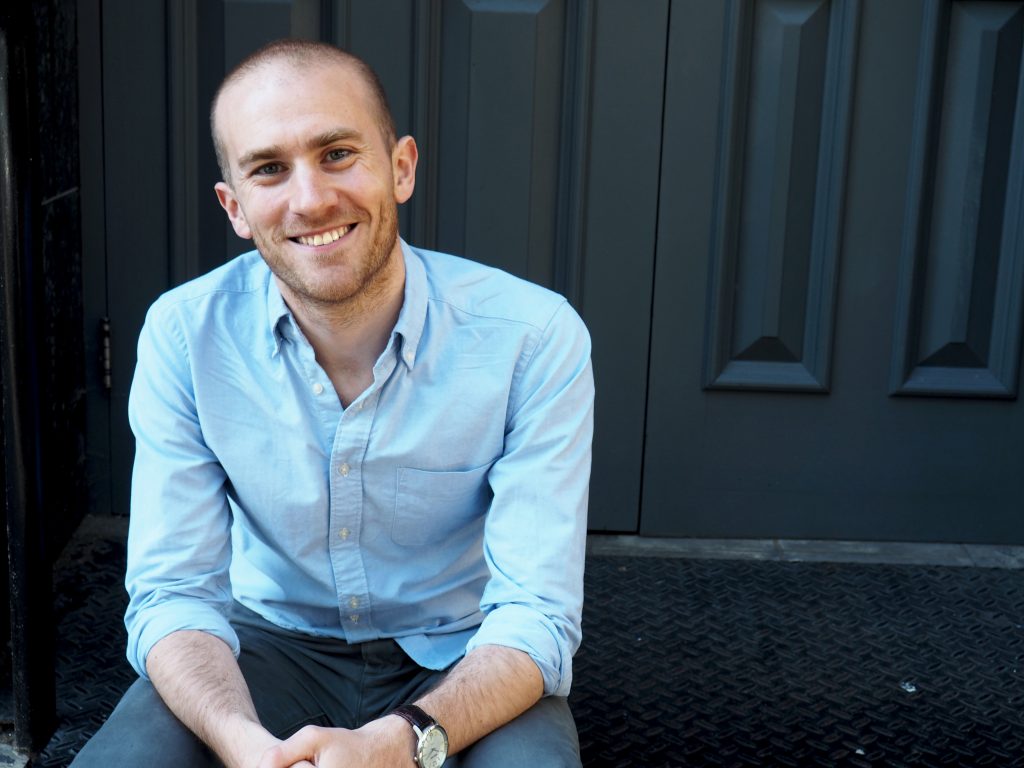 Robbie Swale is a career and leadership coach. In his coaching work – as part of his own business and for other organisations including coachingpartner – he works with a wide variety of people at different stages in their journeys and lives, including leaders, people who want to change career, and people who are really stuck in a particular area of their life.

Prior to training as a coach, Robbie has done many things in his search for work that really fit with him. He was the leader of two organisations, as Centre Manager at Otley Courthouse and the first General Manager of The Forum, Northallerton, following its takeover from the district council by local people. He has worked in the public, private and  charity sectors, for organisations as diverse as the Royal Opera House and the Food Standards Agency, and has been a trustee of Upstage Centre Youth Theatre in York, York Shakespeare Project and UCL Union. Alongside his work as a coach, he also works for the internationally renowned Clore Leadership Programme.

Coaching is broadly about sitting with people and helping them reach their personal or professional potential, and I do it in person in London and via Skype. I particularly love helping people see all the possibilities that are open to them, understand the direction they want to take, and have the confidence that they can make a unique and inspiring contribution to the world. And that idea – that everyone make an amazing contribution in their own unique way – is at the centre of almost all the coaching, facilitation and other work that I do.

So many people! One of my favourite things about the modern world is the number of giants who we can stand on the shoulders of, all of whom are only a few clicks away. Some of the most inspiring ones to me are: folk-punk singer-songwriter Frank Turner, fantasy novelist David Gemmell (I also run a website about the philosophy in his work), Alison Armstrong, whose work on the differences between men and women has transformed my relationship and how I see myself, and Brené Brown, who I saw speak last year, an experience I won’t forget soon.

These people are very different, but one of the things which links them and inspires me about them is that their work has far more significance for people than they originally intended. They put their work into the world, and it continues to spread because, under everything else, it is deeply human.

I want everyone to be full of hope: to understand the possibilities that are open to them, and to have the confidence to achieve their dreams. For me, hope and possibility for everyone is what will change the world in the ways we all want it to change.

For making the biggest difference I could, and for giving love to the people I knew.

Ha! Great question! So many. I want to talk about Ros and Ben Zander and Steven Pressfield, but those ideas are only new to me, not the world. One of the most interesting new books I’ve read in the last year was The Evolution of Everything by Matt Ridley. That book – which focuses on how everything in human society evolves, not just our genetics, from Money to the Internet to Leadership – opened up to me the idea that there are, in many ways, no “great” people. There are just people, being their normal ingenious selves and doing their best, gradually making things work better for everyone. And for me this empowers everyone to understand that their contribution is as important as the next person’s, and strengthens that direction in my work: to help people make the contribution that is uniquely theirs.

You can Google me (one of the many benefits of having a surname my parents made up – another story). I’m on Twitter and LinkedIn, and my website is www.robbieswalecoaching.com. I am always interested to hear from people who are interested in receiving coaching, becoming a coach, or changing the world in some other way! My experience is that pretty much everything interesting starts from a conversation, so I love to hear from people.